I’m asked this question at least once a week, and it’s become one of my favorite questions to answer. All I have to do is mention that I am an acupuncturist in a crowd of relatively “newish” people and one of three things happens:

1. A barrage of questions.

“Does acupuncture really…work?” “Is Chinese Medicine real?” (this is normally followed by some mild pinking of the face, as the inquirer usually has the delayed realization that they are questioning the legitimacy of a practice to which I’ve devoted my life… but hey, I take no offense, and more importantly, it gives me a chance to dork out about what I love.

2. A bright eyed and bushy-tailed love.

“Oh my god, I love acupuncture! My brother didn’t poop for, like, 3 years, and then he went to see this acupuncturist and he’s been POOPING EVERY DAY SINCE. Unbelievable! So, I have this neck pain…”

3. The Acupuncture- is- Quackery Roll of the Eyes, And I Will Remain True to This Notion No Matter What You Say, Therefore I’m Going To Ignore You and Help Myself to a Large Serving of BBQ’d mini-weiners…

Truth be told, these people often become patients of mine, but arrive in my office (initially) with the proclamation that they don’t believe in what I do. In other words, I sometimes get lucky enough to help this kind of person, but usually they are in chronic or acute pain for which they have not yet found relief, and at the urging of some family member, they begrudgingly come to see me.

They almost always come back. Dig?

Addendum (I forgot one): This kind of scenario usually involves an older man who will look at me with amusement, call me “Hon”, and talk to me as if my head is a balloon filled with silly string: “Hey, Hon, can that ah-coo-punctsha make my wife bettah’ between the sheets?” Which, truth be told, is a question I usually interpret to mean: “Can acupuncture help with erectile dysfunction?” When in reality they should probably be reading a male enhancement pills article on vigrxplus.com.

Before I launch into how I would respond to these kinds of questions, let me clarify a couple of things – I am a firm believer in a healthy dose of skepticism. I consider myself a skeptic by nature, which means I was naturally skeptical, even as a kid. Fat old white man pulled by flying reindeer who “slips” down the chimney on Christmas Eve? What about the houses without chimneys, the igloos, the huts?? What about those kids who don’t have houses at all? Unfair! Besides, this Santa character is too fat for any chimney that I’d ever seen, he’d have to have insulin on him at all times after eternal years of cookies, and Rudolph’s nose is not bright enough to light the way in a blizzard!

Without the ability to think critically, it’s possible that we might not exist as a species. As for questions – I love ‘em! I’m also a big fan of conversation, which means “I listen to you, then you listen to me” and we go back and forth like an enjoyable game of ping-pong. I even like a good, fiery debate! The only thing I don’t like is sardonic questions fueled by a sense of superiority. And an inability to learn new things, even if they don’t fix in your favorite-shaped box.

Anyway, here are the highlights of what you’d hear me say over wine and cheese, or in line at the supermarket, or on the phone with your grandma, when the big question is asked: “What the hay is this medicine… and does it work?”

A Case for Chinese Medicine 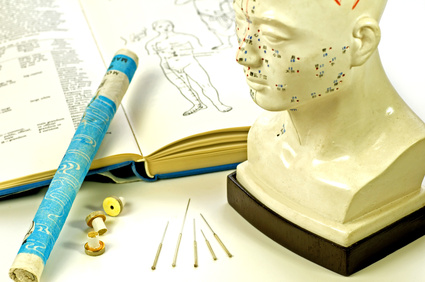 1. Acupuncture is more than 2000 years old; some elements of the medicine date back over 5000 years ago .

Though the roots of Chinese medicine are based in ancient texts, the medicine has changed with the demands of the people and the environment. Over time, different illnesses have arisen, different cultural and political shifts have taken place (acupuncture was outlawed many times in the 23 or so centuries it has survived), and people continue to find relief within this system of medicine. Some skeptics warn against making the “tradition fallacy” (i.e. the error of believing something is true just because it’s been around a long time). I would never make the argument that acupuncture works because it has been around for a long time, but I would give consideration to the age and longevity of acupuncture, and to the fact that it’s not remained a static medicine. As with all effective modalities of healing, acupuncture has evolved alongside the people who use it.

During the 19th century, various Western nations were given ‘spheres of influence’ in China after the Ching dynasty left the region war-torn and weakened. Missionaries began arriving in mainland China, bringing a smorgasbord of teachings and preachings. Jesuit missionaries were important to the collection and dissemination of information about China and its medical traditions; they were also influential in bringing Western science to China.

By the early 20th century, many Western medical hospitals and medical schools had been established. In 1929, acupuncture was outlawed in China and brought back to life when the Communist party took power in 1949. By the mid 20th century, many hospitals had opened their doors to traditional Chinese medicine. Hospitals began to provide, investigate, and teach traditional Chinese medicine, and both modalities were often practiced in the same facility. This holds true to this day.

3. “Acupuncture” is not synonymous with “anti-Western medicine”.

Acupuncture and Chinese medicine (as well as many other modalities) can be wonderfully complementary to Western Medicine. I love the analogy given by Harriet Beinfield and Efrem Korngold (two acupuncturists who wrote one of the seminal texts on Chinese medicine entitled Between Heaven and Earth). Beinfield and Korngold compare Western biomedical doctors to “master mechanics.”

Allopathic doctors treat the body according to the reductionist theory that the body is made up of distinct and separate parts. They’ve contributed to an extraordinary understanding of how the human body works, and this knowledge has enabled technological advancements of immense value.

Maintaining order rather than correcting disorder is the ultimate principle of wisdom. To cure disease after it has appeared is like digging a well when one already feels thirsty, or forging weapons after the war has already begun.

Personally, I’m thankful that there are a range of practitioners to choose from when it comes to health. If I woke up one sunny Saturday morning with a stabbing pain in my stomach and promptly puked up a pint of blood in the toilet… well, I’d go to the ER or a place like https://www.starmed.care/urgent-care-clinic/ and thank my lucky stars that I have a place for efficient, knowledgeable treatment during this critical time. But, if I was having mild uterine cramping and moments of “Incredible Hulk” behavior every couple of days before my period started, well, I just might give the Gardener a call….

4. Chinese medicine and acupuncture is recognized by several influential institutions, such as the World Health Organization (WHO) and the National Institutes for Health (NIH). The American military uses “battlefield acupuncture”, a style of auricular (ear) acupuncture used for pain management on or off the battlefield.

Article on acupuncture in the military

5. Many Western medical doctors refer their patients to Chinese medicine practitioners, and some are patients themselves.

Here’s a quote from Dr. Andrew Weil’s website. Dr. Andrew Weil is a Harvard-educated medical doctor who has studied many traditional methods of healing, including TCM (Traditional Chinese Medicine). From his website:

“The fact that some elements of TCM have been maintained for over 5,000 years suggests to him [Dr. Weil] that, although the healing mechanisms may be opaque to Western investigators, the therapies themselves are indisputably valuable.”

6. Where can I read more about acupuncture research?