You are currently viewing the tag class

“Not every story has a happy ending, … but the discoveries of science, the teachings of the heart, and the revelations of the soul all assure us that no human being is ever beyond redemption. The possibility of renewal exists so long as life exists. How to support that possibility in others and in ourselves is the ultimate question.”
? Gabor Maté, In the Realm of Hungry Ghosts: Close Encounters with Addiction 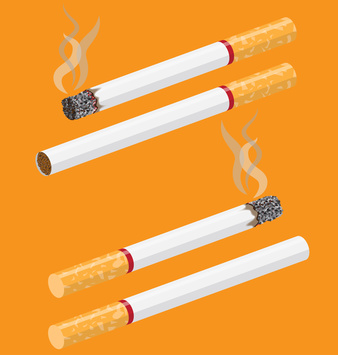 Let’s talk about smoking for a second, since it’s a perfect way to start off a conversation about how we think about addiction. Quitting smoking isn’t easy, though some of the typical approaches to smoking cessation might have you thinking that dropping the habit should be a simple matter of common sense, but sometimes alternative approaches need to be taken. “I don’t understand why he just doesn’t stop,” a patient once lamented. She was talking about her son, who’d been smoking for almost 20 years.” A cigarette has thousands and thousands of chemicals in it. He also has two beautiful sons! If it were me, I would have quit a long time ago.”

I’m sharing this anecdote because it’s a good example of a common approach to addiction. A sobering fact delivered alongside a hefty slab of judgment and whoolah, the addicted person should be able to see the light and shed their habit. Aside from illustrating a rudimentary understanding of addiction, these types of stories also tend to use the language of us and them. If we don’t struggle with a nicotine addiction, we pat ourselves on the back. If we do, we feel a surge of self-loathing and step outside for a smoke to lift our mood…and because, well, FU.

I’m not trying to skirt around the fact that smoking is detrimental to the health of the smoker, as well as to anyone exposed to secondhand smoke. We know that all forms of nicotine are harmful to health. I also support limits on the public spaces where people can smoke. And yes, of course I understand why a mother would express concern about the health of her son.

But consider this anecdote again, and apply that flawed logic to another encounter with addiction, but this time make the addict a stranger. How many times have you heard someone, let’s say it’s your neighbor (for the sake of simplicity, let’s call him Ronald Rump) volunteer a running commentary on the homeless man who stands by Starbucks and jangles a bucket of change. Or that woman’s husband, who blah blah blah. Or that kid’s mom, who blah blah blah. Some of the cruelest jabs and gratuitous critiques are often directed at people entrenched in a world of pain, poverty, and addiction. And in my opinion, that’s far uglier than smoking.

Shaming and scaring people into stopping a behavior, as you might imagine, generally doesn’t work. It’s barbaric. And mostly it acts as a trigger. Yet, somehow, it’s the common way we express our “concern.” Consider this excerpt from an article titled “Taking in All the Pain of What They Witness.” It was co-written by Gabor Maté, MD (author of In the Realm of Hungry Ghosts: Close Encounters with Addiction) and Danny Glover (yes, that Danny Glover, the actor, producer, and humanitarian).

Addiction, whether to drugs or other behaviors, Glover says, is always a compensation for the sense of being devalued as a human being. “That’s basically it. Feeling alienated within the system: a system that demeans people, marginalizes them, exploits them, and creates a situation in which our value depends only on our capacity to consume.”

The chief reason we condemn drug users so vehemently may be simply that we do not wish to see our similarities to them. We want to perceive our own forms of self-soothing as somehow morally superior, or we just do not want to recognize how much our entire way of life resembles the frantic search for relief of the user. I define addiction as any behavior that, for the short term, we crave or find relief and pleasure in, but we are unable to give up despite the negative consequences incurred in the long term. By that standard, how many of us are not addicted?

So, perhaps the 1.1 billion people who smoke cigarettes aren’t simply irrational, inconsiderate, or spineless. Perhaps this is not an issue of valuing a drug over family, or personal health. Perhaps the 24.6 million people (9.4% of the population) who live with substance dependence or abuse aren’t just a statistic of weak-willed people who just don’t care enough.

What would happen if more of us considered these kinds of painful statistics from a place of compassion and reason, rather than from a place of judgement and fear? Perhaps we’re simply a planet full of humans who struggle due to real, identifiable reasons. Perhaps things would change for the better if we could talk about addiction from a place of compassion and connection rather than shame and fear. And perhaps we’d make even more progress if we identified and talked about the systemic issues that deeply influence our lived experiences.

“We see that substance addictions are only one specific form of blind attachment to harmful ways of being, yet we condemn the addict’s stubborn refusal to give up something deleterious to his life or to the life of others. Why do we despise, ostracize and punish the drug addict, when as a social collective, we share the same blindness and engage in the same rationalizations?”
? Gabor Maté, In the Realm of Hungry Ghosts: Close Encounters with Addiction

A Different Approach to Addiction

Unsurprisingly, I find that the most engaging information on this subject is coming from those experts in the field who are considered ‘radical.’ Dr. Gabor Maté is a staff physician at the Portland Hotel in Vancouver, a residence for people who struggle with mental illness and severe drug addiction (Maté also works in harm reduction clinics in Vancouver’s Downtown Eastside).

In his book, In the Realm of Hungry Ghosts: Close Encounters With Addiction, Maté tells the stories of his patients – who represent one extreme of the spectrum of addiction, often heavy needle users – and who share one thing in common: childhood abuse. Coming from a theoretical framework that acknowledges the biological and socioeconomic roots of addiction, Mate argues that “early adversity” (stress, mistreatment, and particularly childhood abuse) increases susceptibility to addiction. In other words, those born into more disadvantaged circumstances have a higher risk of becoming addicts.

My years in the community acupuncture clinic support Maté ‘s theories wholeheartedly: The violence of our social and economic systems are inscribed on people’s bodies, minds, and spirits. And those that require the most care are too often those that go without.

Then there is Carl Hart, associate professor of psychology and psychiatry at Columbia University, and first tenured African American professor of sciences at Columbia University. Hart is known for his research in drug abuse and drug addiction. His book, High Price: A Neuroscientist’s Journey of Self-Discovery That Challenges Everything You Know About Drugs and Society challenges the myths surrounding drug abuse and addiction.

Hart was initially inspired by the results of research on addiction done in the late 70’s. (For a beautifully illustrated and engaging explanation of this experiment, see this link.) In short, the research of Rat Park showed that rats in an “enriched cage” (which means that available to the rat were mates, exercise, and play) self-administer morphine at far lower rates than rats kept in solitary and desolate cages. In other words, if the rat was in an environment that provided healthy options of engagement, that environment became far more important than the drug itself – meaning that the rats used far less of the drug. In other words, they were far less likely to become addicted.

This research prompted Hart to dig more deeply into the research of addiction. Lives and relationships are often destroyed by addiction, especially when addicts refuse to enter drug rehab, and Hart wanted to investigate this situation further. His conclusion? Addiction may not be the inevitable consequence of drug use, but rather an attractive distraction for those without preferable alternatives. In other words, for someone growing up in poverty, with little access to support and little to lose, the lack of access to healthy options could provide the external conditions for addiction to take hold.

Hart unravels the common perception that drugs and drug addiction are the cause of many of society’s problems. While he doesn’t argue that illegal drugs have no negative effects, he takes the reader through his journey of discovery: that the pharmacology of the drugs themselves is not the cause of our social ills – rather, drugs are the symptoms of a broken society, masking the underlying issues of unemployment, lack of education, poverty, racism, and despair. He argues that anti-drug policies are causing more harm than the drugs themselves, and are directly marginalising black people, poor communities and other minority groups.

I’ve already written about the community acupuncture model a bunch, and out of risk of being annoying, let me just say this: community acupuncture clinics provide accessible, affordable healthcare for all – and we can help. This is an example of a non-medicinal approach to combating addiction that is seeing results. For more alternative addiction recovery solutions, visit alternativetomeds.com.

To sum up this post, I’ll leave you with a quote from Lisa Rohleder, co-founder of Working Class Acupuncture, People’s Organization of Community Acupuncture (POCA), and POCA Tech. This quote is from her keynote speech at the most recent gathering of community acupuncturists affiliated with POCA.

Paolo Freire (more about him in a minute) says that it is everyone’s vocation to become more fully human. Injustice, exploitation, and oppression make us less human — whether we are in the role of oppressors or of oppressed. And we know that in this society most of us, often, are both. We have so many opportunities, here in late capitalism, to treat each other and ourselves as if we weren’t actually human beings. But for the most part, community acupuncture clinics are the opposite. They’re set up so that we meet each other primarily as human beings rather than as numbers or roles or images or income streams. We recognize that everyone suffers, everyone has needs, everyone is struggling with limited resources. And so for the most part, at least on our good days, our POCA clinics are humanizing environments.

Which means they are also, potentially, radicalizing environments. Once you start GENUINELY believing in and valuing the human dignity of people who don’t have a lot of money, people with whom you would not otherwise be having relationships, people of different ages and genders and ethnicities and races and backgrounds, people with whom you share, despite those differences, an awareness of suffering — at that point, my friend, the work you’re doing as a volunteer or a receptionist or an acupuncturist, at that point your work has dangerous potential.

Because liberation is a process. Once it starts, it doesn’t want to stop. Once you start treating all kinds of different people as human beings, it gets harder to stop, it gets harder to turn it off when society tells you to. You’ve put yourself in a situation where you can’t quite look past people who are supposed to be invisible. When you’re in the grocery store, you notice that the checker is wearing wrist braces and you realize she’s in pain. You think about her working conditions, about whether she has to stand all day and besides her wrists, how’s her low back?

You get to the point where you can’t look at another person without wondering, what hurts?

If you’re in Maine and trying to find affordable or free services to get well, please see here and here.